The breathtaking piece of work by Ortiz was funded through the Addison project in collaboration with the City of Boston’s tactical urbanism initiative to create a safer intersection at Ashley and Boardman streets.

Muralist and cross-medium artist Mia Cross also created a dramatic interior painting which is the signature feature of Addison’s lobby.  Located at 144 Addison Street, the project is Redgate’s latest high-quality urban apartment development along the rapidly growing Blue Line corridor between Revere and Boston – much of it along the shores of the Atlantic Ocean.

“The place we have created at Addison is very welcoming and hopefully inspiring to the artist community, and these wonderful pieces of public art reflect that idea,” said Damian Szary, a Principal at Redgate. “Felipe’s street mural not only has created great beauty for all of East Boston to appreciate, but it will actually contribute to improved public safety at the Ashley and Boardman intersection.” 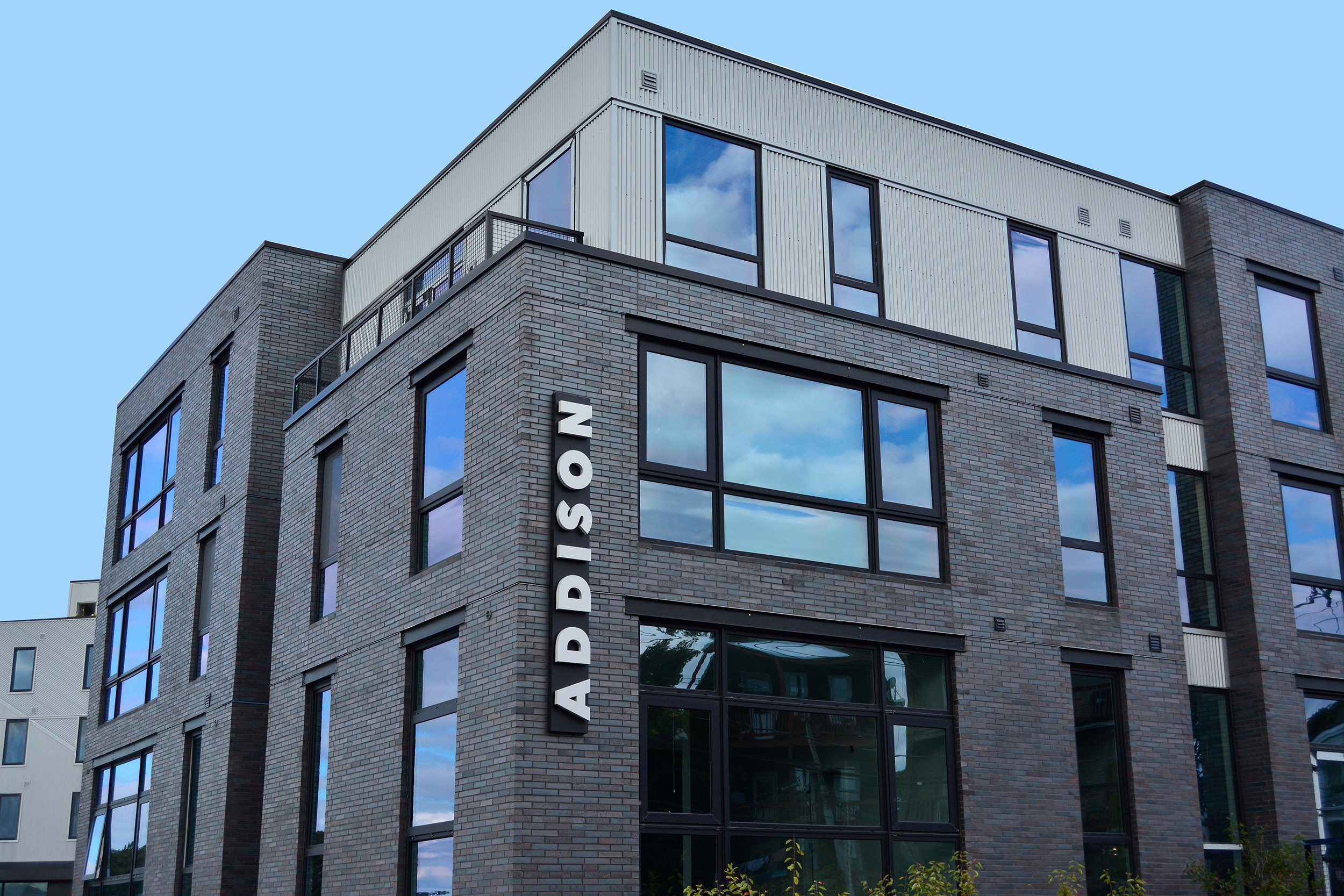